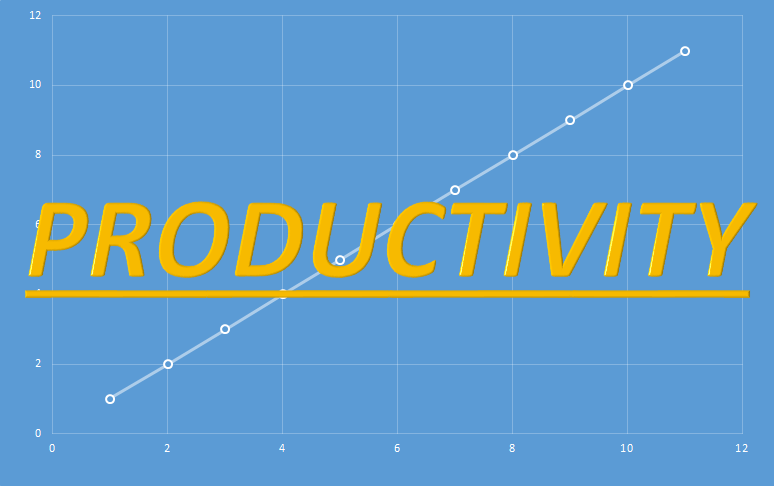 You probably spend a lot of time typing each day.

Although we get a lot of passive practice with typing, we rarely sit down to work on our technique or drill for speed. As a result, we don’t really improve. You’ll probably understand this if you play an instrument.

If most of your time at work is spent attached to a keyboard, then increasing your typing speed is probably worthwhile. There isn’t a neat 1:1 between typing speed and meaningful productivity. Improving your typing speed will not solve all of your problems, as you hopefully spend more time thinking about what you’re going to type than you do typing. However, working on your typing speed might just speed up your Google searches, slacking, and inbox clearing enough to get more done each day.

Assuming you can already touch type, your biggest skill increases will be from the first few sessions drilling for speed. Take an online typing test to give yourself a baseline. For drills, there are a number of typing tutor programs that will generate lessons from text you provide. I use Amphetype for this purpose. It’s also excellent at generating records of your performance (e.g. speed and accuracy for each key).

My source of sequence n-grams comes from practical cryptography. For complete words, this repository contains the first twenty thousand from Google’s ‘Trillion Word Corpus’, along with instructions for drilling with them in Amphetype.

When you move from speed drills to actual text, you should notice a significant speed increase (for me, around 10 WPM). This is encouraging. Although you can simply practice using tracts of text, it can get boring quickly.

Typeracer is a competitive typing website, where you race against other players to reproduce a section of text without any errors. The progress bar is a car. This is more exciting than it sounds. If you have an account it tracks your average WPM for your last 10 races, which means you can see regular improvement (like Amphetype). 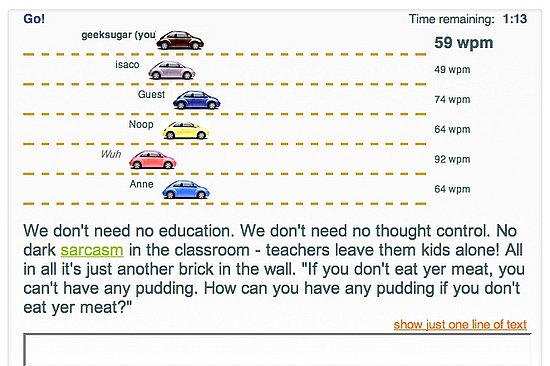 My current routine is using Amphetype for five sessions of technical practice, followed by five sessions of Typeracer each day. Following the instrument analogy, it’s good to practice on more than one keyboard – it’s no good being quick on my desktop keyboard if it causes me to make constant mistakes on my laptop keyboard.

Play Typing of the Dead

If you like your recreational typing games more like House of the Dead, only with typing, there is The Typing of the Dead:

Crank up the difficulty. There is a modern sequel called THE TYPING OF THE DEAD: OVERKILL, which is much easier to get a hold of. I’m really not sure what they were going for with it, though.

But I do technical writing

Developers will have different needs, as you’re probably going to be using more brackets, symbols and semicolons than ordinary readers. You’ll need to drill for these separately, but practicing the most common words should pay off in IRC quickly.